Fed Rosengren: Likely to face a credit crunch toward the end of this year if banks come under stress

Boston Federal Reserve Presedent Eric Rosengren says his baseline is for the pandemic to get worse this fall and winter, decreasing economic activity.

Rosengren says he expects some parts of the country will lock down and consumers will pull back if infections rise.

Rosengren says weaker growth could extend the time it takes for fed to reach 2% inflation target, requiring rates to stay low for longer than anticipated.

Rosengren says original round of aid would have been fine if pandemic lasted three months but it’s lasting much longer and more targeted spending is needed.

Rosengren says lack of fiscal stimulus could result in more foreclosures and difficulties.

Rosengren says we are very likely to face a credit crunch toward the end of this year if banks come under stress from commercial real estate loans.

Rosengren is less optimistic about the economic outlook than many of his colleagues, despite encouraging economic data over the summer.

“My views are that the economy remains fragile,” Rosengren said, in a speech to the Boston Economic Club.

“I am concerned that a second wave of COVID-19 infections this fall and winter is likely, which could cause some states to impose new restrictions on mobility and face-to-face interactions,” Rosengren explained, worried that  more spending from Congress to support the economy “seems unlikely to materialize anytime soon.”

The US dollar, as mentioned din the following article, could be digusing smart money demand in anticipation of a solvency crisis and the banks will be the first sign of it:

However, for the mean time, the dollar may have exhausted the upside and could be due a correction as illustrated n the following article:

If the above 5-wave pattern scenario plays out, then there is room for an upside correction in the dollar bloc currencies.

However, overall, the dollar technical picture is bullish and the fundamentals could stack up to bring about a upside play in the DXY. 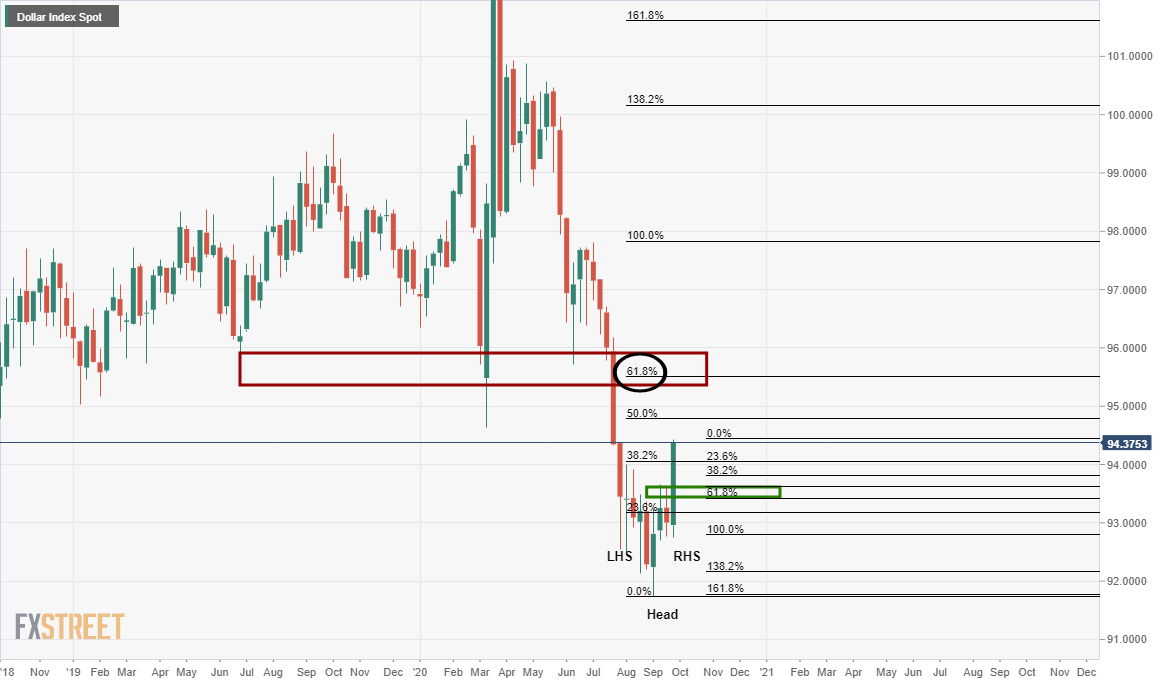 Need Help? Talk to us